Ellison’s Butchers in Cullingworth, Bradford, has been chosen as national runner-up in the traditional pork sausage category of the prestigious 2015 Q Guild BBQ competition. 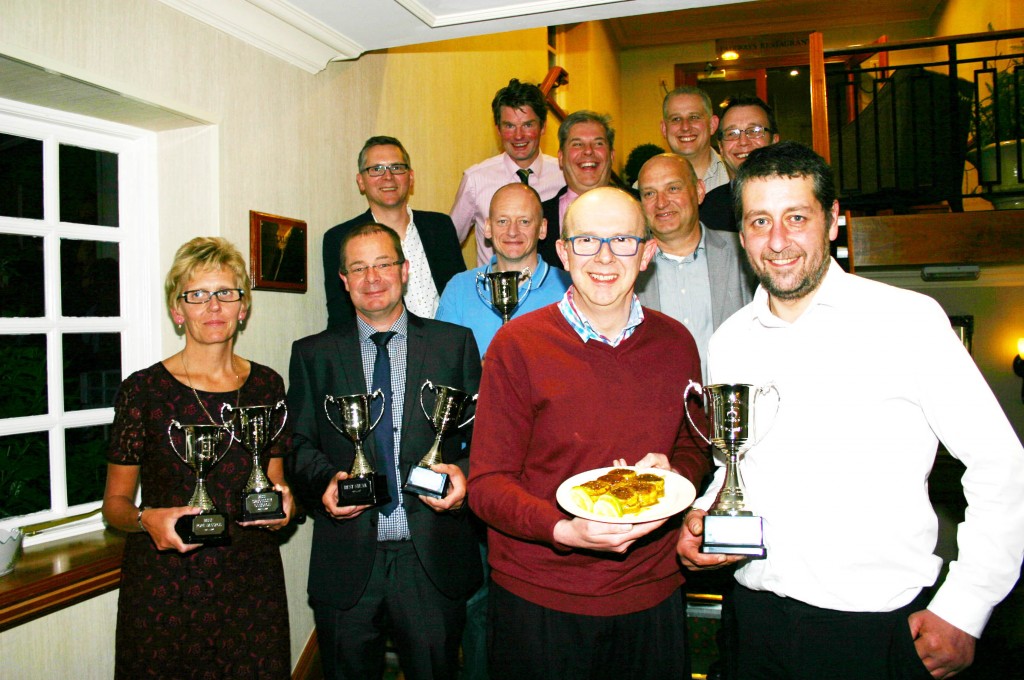 The Halifax Road shop qualified for the national final with no less than three regional winners, but it was their traditional pork sausage which most impressed the judges.

Ellison’s renowned pork sausage is a daily best-seller and multiple award winner in its own right. The pork come from pigs reared locally by David Mitchell at Honeypot Farm in Wilsden. The shop also qualified for the national final with two other regional heat winners – its traditional beef burger and speciality Bronte burger, which was specially developed in-house for last month’s Tour De Yorkshire cycle race. Both are also available over the counter for the summer BBQ season.

Ellison’s is run by Paul Ellison and his two sons, Brendan and John, who accepted the award at the national final, held on Sunday, May 31, at the Windmill Village Hotel in Coventry. In the regional heat, Ellison’s also struck gold in two other categories with its five-weeks matured rib-eye steak, from prime cattle reared by John’s farmer brother Matthew Ellison in Embsay, and with the shop’s newly introduced Fire Sticks in the speciality BBQ product section. These are beef and lamb minced kebabs, with Jalapeno chillis for the fire! John Ellison said: “We were up against some of the best butchers in the land, so to become national runner-up with our traditional pork season is a major achievement and makes us feel really proud. Our success is an all-round team effort.”

H Clewlow Butchers, from Nantwich, Cheshire, become the Q Guild’s 2015 overall supreme champion with its Thai pork medallions. Ilkley butcher David Lishman, national vice-chairman of the Q Guild, which represents 110 award-winning butchers from the Scottish Highlands down to the south coast, said: “This is the great culmination of our annual BBQ competition. There have been 350 products put forward this year and these are the elite – the cream of the crop that we have seen here today. “We’re all going to have a really good barbecue season when the sun does finally begin to shine.”

Pic caption: Q Guild BBQ Competition champions and runners-up are pictured after the presentation ceremony. John Ellison is at the rear, second from left.